Nestled in the heart of the Bavarian Alps, Neuschwanstein Castle, or Schloss Neuschwanstein in German, is one of the most famous and most photographed castles in the world. This iconic castle was built by Bavaria’s “fairytale king,” Ludwig II, to withdraw from public life after he lost his power in the Austro-Prussian war.

The castle was modelled after medieval legends and served as a monument to Ludwig II’s kingship and royal dignity. Bavaria’s eccentric and reclusive king only lived in the palace for a few weeks before his death in 1886. Seven weeks later, the enigmatic palace was opened to the public and today sees more than 1.3 million visitors a year.

A guide to the fairytale Neuschwanstein Castle 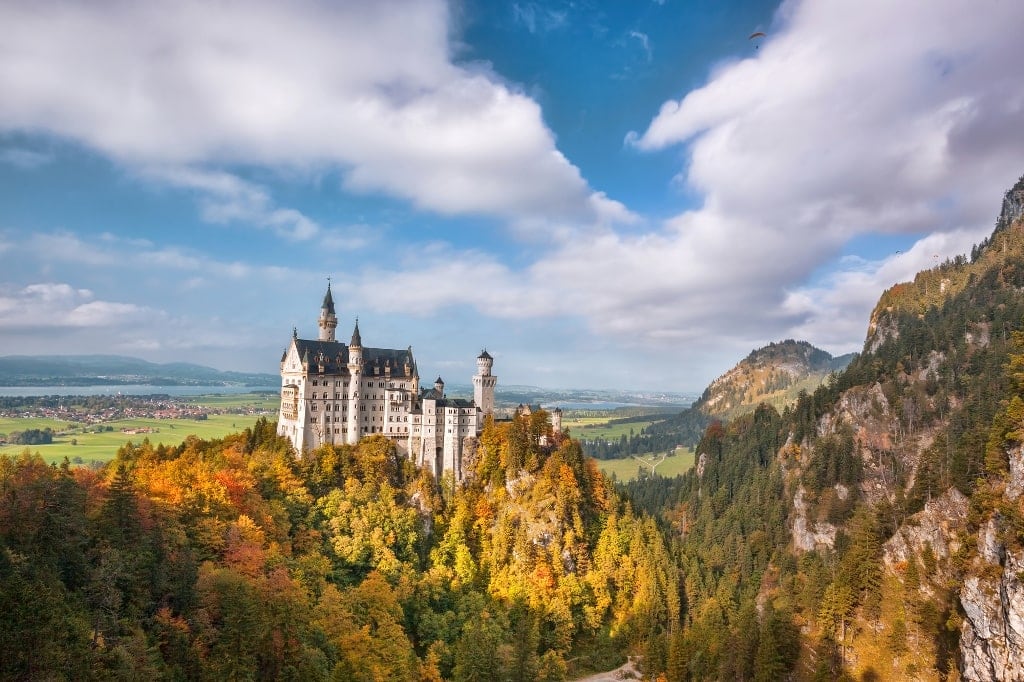 How to get to the Neuschwanstein Castle from Munich

One of the most convenient ways to visit Neuschwanstein Castle is to book a tour. Although more expensive than driving or using public transportation, you can’t beat the ease of stepping on the bus in Munich and stepping off in Hohenschwangau all while getting to enjoy the breathtaking views on your journey through Bavaria. While most tours typically do not include entry into the castle, you’ll have to book that ahead of time yourself, they do offer other benefits such as stops to explore Füssen, a chance to lounge in a Bavarian beer garden, or take a dip in the Alpsee.

Click here for more information and to book a guided tour to the Neuschwanstein Castle.

Please note that sometimes you will be able to buy your entrance tickets from your guide. I suggest that you email the tour company about it.

By car, it will take you between 1 hour and 45 minutes to 2 hours to reach Neuschwanstein Castle. The route is straightforward and parking in Hohenschwangau is plentiful.

Getting from Munich to Neuschwanstein Castle by train will take you about 3 hours.

Starting from Munich Hauptbahnhof (Hbf), find a ticket machine and purchase a Bayern ticket to Füssen. Then you’ll need to hop on a bus in Füssen to continue your journey to Schwangau. The Bayern ticket is a roundtrip fare that will cover both your train and bus expenses to get to the castle.

To avoid having to transfer trains, the direct train only runs every 2 hours from Munich to Füssen with the first one leaving at 09:52. On weekdays the Bayern ticket is only valid after 09:00. Keep this in mind when choosing your ticket times. You probably don’t want to schedule anything before 14:00. On weekends it is good starting at midnight, so go ahead and book that early tour! (Note for your return to Munich, that the last train covered on your Bayern ticket departs at 18:05).

Once you arrive at Füssen, you’ll need to catch either the 78 bus (direction Schwangau) or the 73 bus (direction Steingaden/Garmisch-Partenkirchen) and get off at Hohenschwangau. 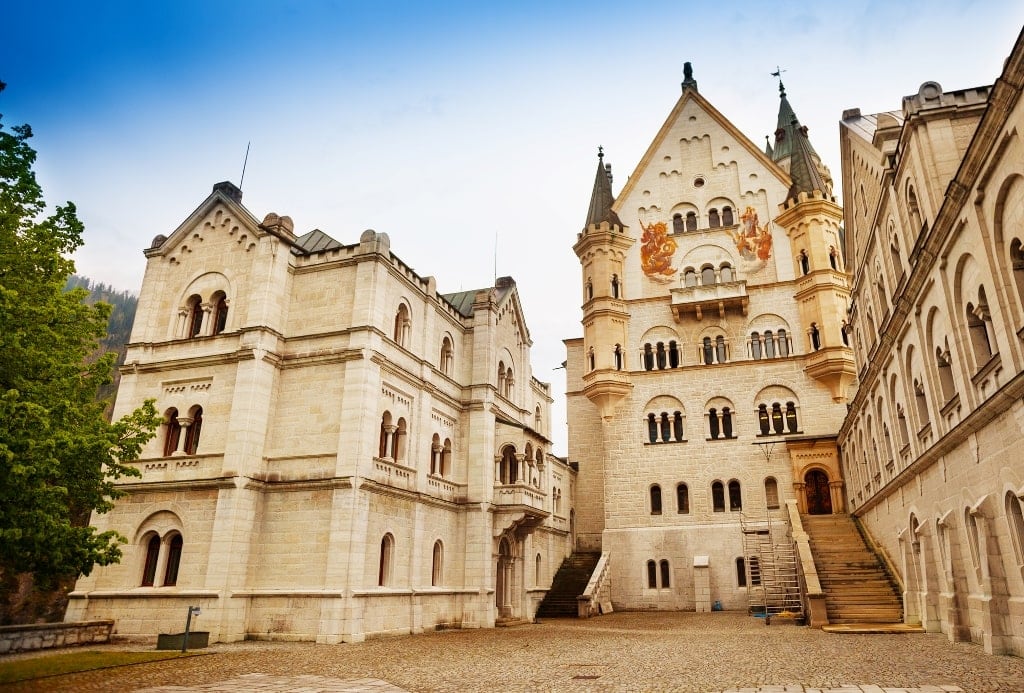 Once You Arrive in Neuschwanstein Castle

After arriving at Hohenschwangau, head to the Ticket Center to either pick up the tickets you purchased in advance (highly recommended) or buy same-day tickets.

Check out: The most famous Castles in Germany.

Buying Tickets for the Neuschwanstein Castle

Neuschwanstein Castle is a very popular attraction, which means you might be out of luck if you try to purchase a ticket on arrival. It’s highly recommended to reserve tickets in advance to guarantee your entrance into this spectacular Schloss. To so do, simply visit the castle’s official ticket reservation site here.

Keep in mind that online reservations have to be made at least 2 days in advance of your visit. It is not possible to buy same-day tickets online. Tickets purchased online must be picked up at the Ticket Center in Hohenschwangau at least 90 minutes prior to your scheduled entry time.

Free for children 18 and under

Head Uphill to the Neuschwanstein Castle

Whether you arrive by tour bus, car, or public transportation, you’ll now need to make your way uphill to enter Neuschwanstein Castle. You can do this one of 3 ways—on foot, by riding the shuttle bus, or by taking a horse and carriage ride. The walk is a steep uphill climb that will take you about 40 minutes. Horse and carriage rides cost 7 euro on the way up and 3.50 euro on the way down.

The shuttle buses cost 2.50 euro uphill, 1.50 euro downhill or 3-euro roundtrip. Both the bus and carriages are payable in cash only. Leave plenty of time if you plan to take the shuttle bus as lines can get very long and you don’t want to miss your timed entry into the castle. Although more expensive, the horse and carriages rarely have line lines.

Be aware that no matter which mode of transportation you take from Hohenschwangau up to the castle, there will be some walking involved. The horse and carriages drop you off just below the castle, so you’ll have to walk about 10 minutes uphill and the shuttle bus drops you off just above the castle, leaving you with a 10-minute walk downhill.

Remember your ticket time! You will not be allowed entry to the castle if you miss your allotted time. Each castle ticket includes a guided tour of Neuschwanstein Castle that lasts about 30 minutes and is conducted by castle staff. 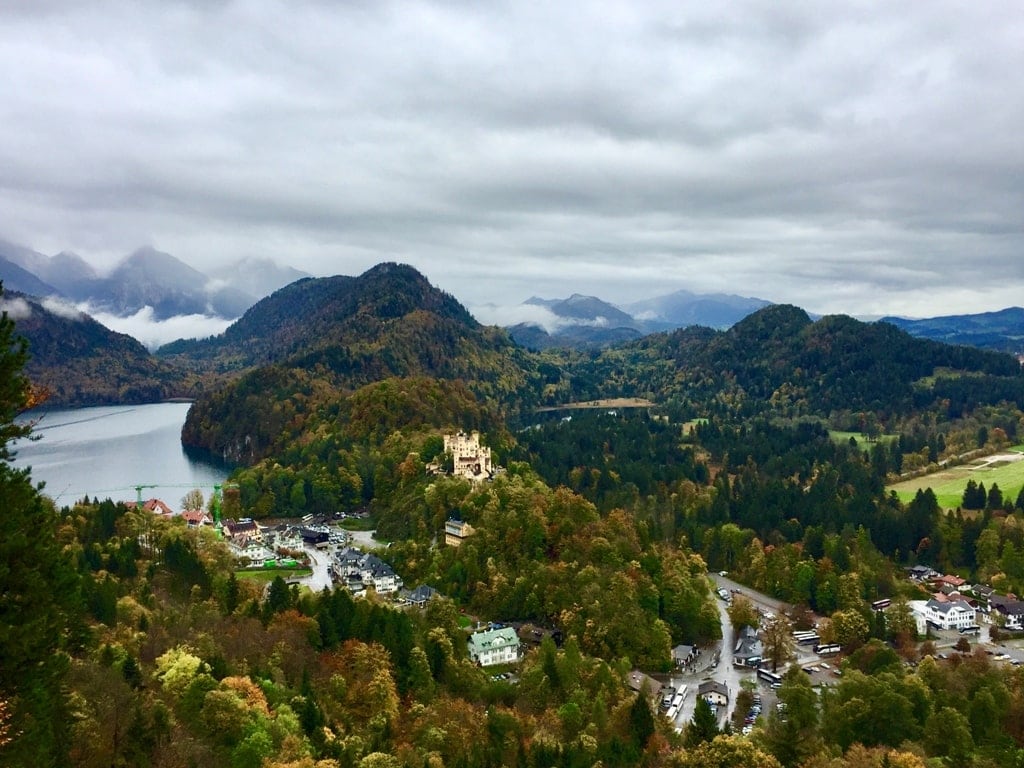 Leave some extra time to explore the outside of the castle and of course, take some photos from the Marienbrüke, or Mary’s Bridge. This is where you see all of those iconic shots of the castle from!

After you’ve taken all of the fairytale photos your camera can handle, opt to walk back down to Hohenschwangau. On your way, stop for some delicious doughnuts! They are actually called Quarkbällchen and are deep-fried dough filled with fresh cheese and topped with powdered sugar. No trip to Neuschwanstein Castle would be complete without them!

For more Bavarian Castles, check out my post: The best castles in Bavaria.
You might also like to visit the famous Eltz Castle,read more about it here.

Disclaimer: This post contains affiliate links. This means that should you click on certain links, and then subsequently purchase a product, I will receive a small commission. It costs nothing extra to you but helps keep my site running. Thank you for supporting me in this way. 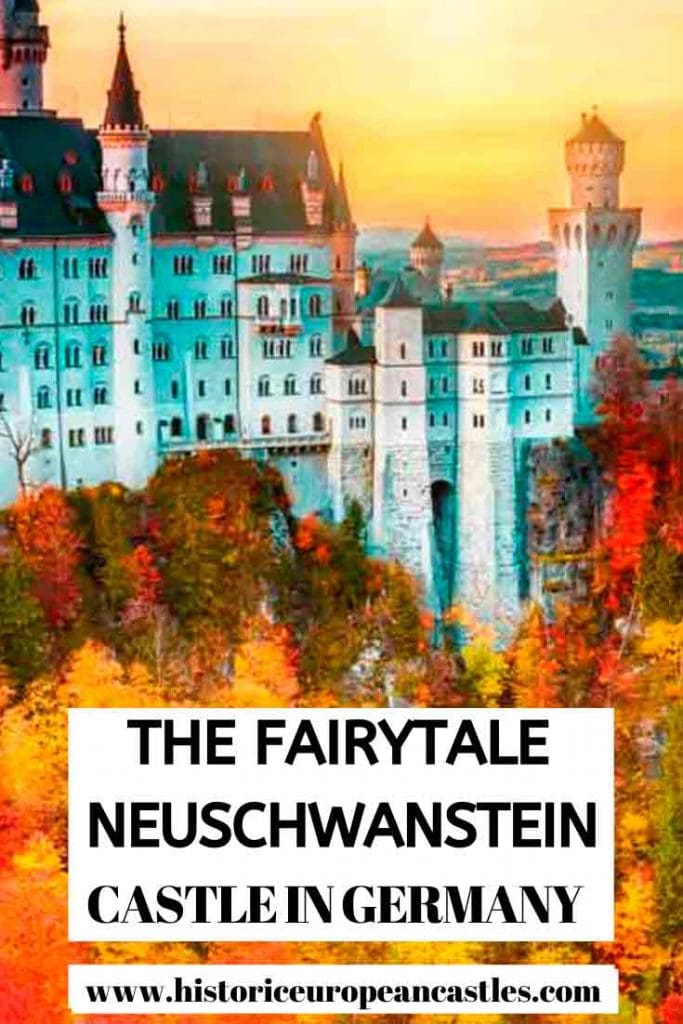