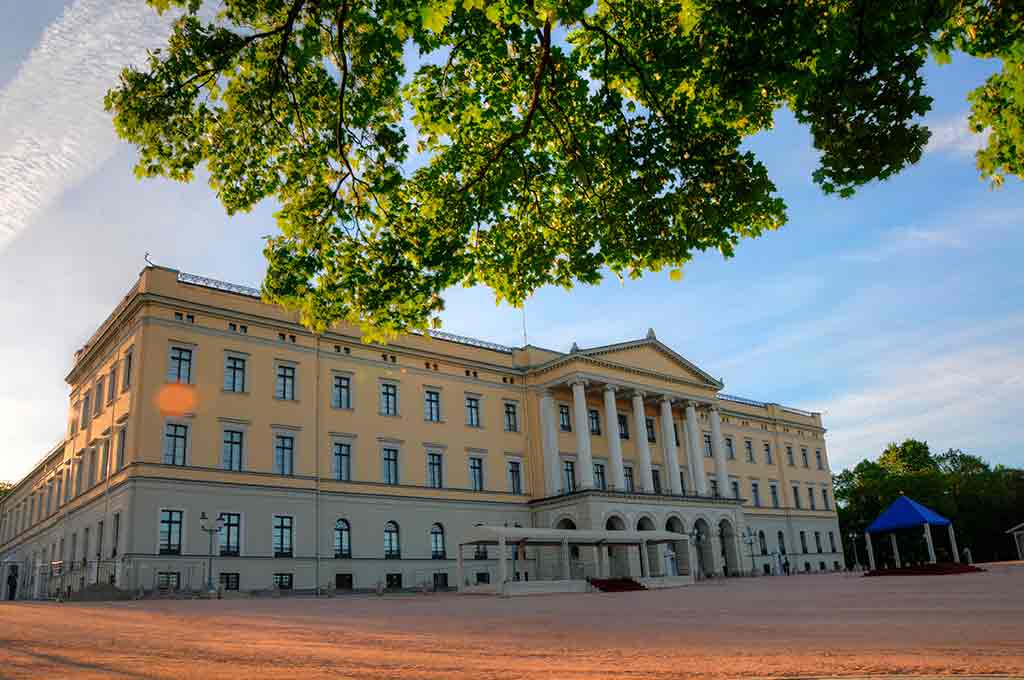 Fairytale castles, fortresses, manor houses, and palaces probably aren’t the first thing that comes to mind when you think of visiting this snow-adorned Arctic country.

But Norway has more than enough of them to keep the history and architecture lovers busy whether you seek 13th-century castles or 20th-century palaces.

The only question to ask yourself is where will you visit first, and can you extend your trip to enable you to visit more of these historic places?

13 Famous Castles and Manor Houses to Visit in Norway

Built as a medieval castle-fortress by King Håkon V in 1299,  Akershus castle was later used as a military base, prison, and temporary office of the Prime Minister of Norway.

The renaissance style Royal residence that we see today dates back to 1637 when it was built for King Christian IV. Visitors can see the banquet halls, government reception rooms, and the Royal Mausoleum on a guided tour.

The delightful manor house on this historic estate, originally Hatteberg Farm, was built in 1665 by Karen Mowat (the wealthiest heir of Norway) and Danish nobleman Ludvig Rosenkrantz.

Take a guided tour back in time as you uncover the history of this family home (the smallest ‘palace’ in Scandinavia and delight in its preserved rooms that date from the 17th-century library with French tapestries to the 20th century when the last owners departed.

One of the oldest and best-preserved stone fortifications in the country dating back to 1261, Bergenhus Fortress stands at the entrance of the harbour and was originally King Øystein’s estate on the island of Holmen.

The 3-story Royal banqueting hall known as King Haakon’s Hall and the Rosenkrantz Tower (restored in the 16th century) is the only fully surviving parts of this once royal fortress.

The most important border fortress in Norway, Fredriksten Fortress was built in 1661 to replace Bohus Fortress after Norway lost the Bohuslän district to Sweden in 1658.

The place where Swedish King Charles XII died in 1718, today the fortress provides visitors with cultural events and superb views across the town and the fjord, leading the eye far out into what once was enemy territory from its 20,000 square meters of fortress walls.

Built as the Royal residence of King Charles XIV (King Karl Johan) in 1825 though not completed until after his death in 1849 by which time King Oscar I was on the throne, the palace is still the official residence of the Norwegian Royal family today.

See the most important and the most opulent rooms on a guided tour including the King Haakon VIII Suite, the Cabinet Parlour, the Council Chamber, the Bird Room, Ballroom, Banqueting Hall and more.

The official residence of the Norwegian Royal Family when they are in Bergen, Gamlehaugen is a beautiful white mansion, a cross between the castles of the Loire Valley in France and the royal fortresses in Scotland on the outside but distinctly Norwegian in design on the inside full of Rococo, neo-renaissance, and baroque décor.

See the music room, library,  and the office of Christen Michelsen, former prime minister on a guided tour.

Built shortly after the great fire in 1681 so as to protect the city, the unique-looking white spur fortress provides visitors with stunning views across the city towards the fjord and mountains from its hilltop location.

Decommissioned in 1816, step inside the dungeon followed by a visit to the museum to learn the role this fortress played in defending the city by the Swedes in 1718 and how it became a place of execution during WWII.

This bright and beautiful manor house was built as a summer home for the Kielland family in 1799, becoming the official residence of the King of Norway in Stavanger from 1949 after renovation work.

Associated with the author Alexander Kielland, whose great grandfather designed and built the property, readers will notice traits from the manor house appearing in his novels.

Step inside Ledaal and see how the upper class lived at the beginning of the 19th century with Rococo décor.

Built for King Oscar I and Queen Joséphine in 1852 as a Summer Palace, Oscarhall is located in the small fjord Frognerkilen on the peninsula of Bygdøy.

Guided tours to admire the opulent interior and royal collections are available during the Summer months.

This imposing fortress located on a tiny island on the Skatval peninsula was built between 1525-1532 by Olav Engelbrektsson, Norway’s last Roman Catholic Archbishop who acted as both a noble and clerical leader.

The fortress was made famous for being the place where one of Norway’s most important historical events took place – The Danish takeover of power and reformation from Catholic to Protestant.

Another Royal residence, Stiftsgården has been in use by members of Norway’s Royal Family since 1800 but was built in the 1770s by the widow of Privy Councillor Schøller.

Measuring 4,000 square meters made up of 140 rooms it is one of the largest, if not the largest, wooden building in Northern Europe. 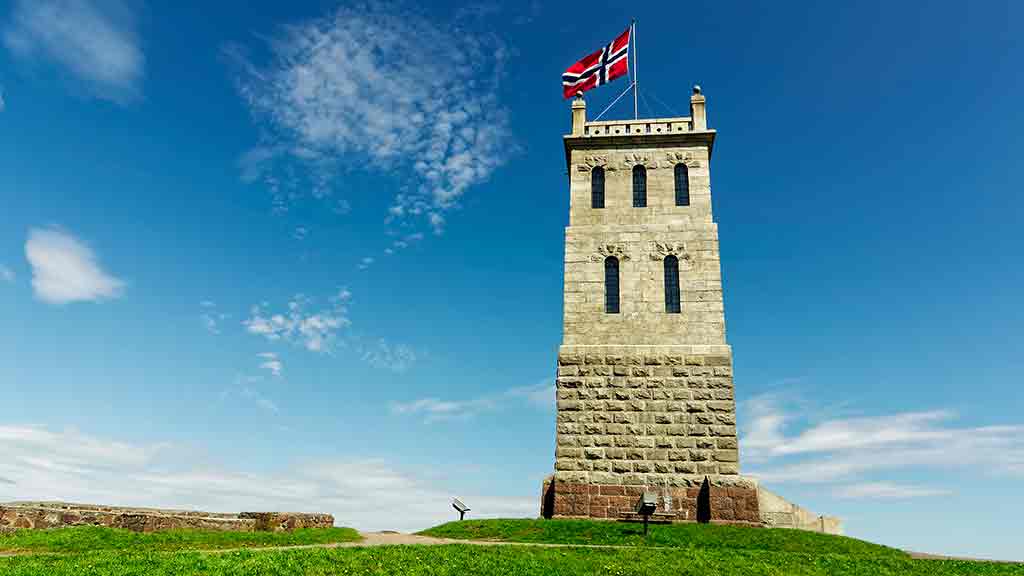 Otherwise known as Slottsfjelltårnet, the 17 metres tall Castle Rock Tower is located on Castle Hill and is the most iconic landmark in the city.

Dating back to 1888, the tower was built to celebrate 1,000 years of Tønsberg history (Tønsberg thought to be the oldest town in Norway) and is surrounded by the remains of an older 14th-century fortress.

Climb to the top to take in the 360-degree view of the city and fjord as you learn the history of the city.

Where: Tønsberg
When: 19th century
Open for visit: Open Yes

Built in the 1730s by soldiers from Bergen to mark the sovereignty of Denmark-Norway and to secure the protection of the city of Vardø, this picturesque star-shaped Vardøhus Fortress is the most northern fort in the world and Norway’s most Easterly point, built on the island of Vardøya.

In WWII the fort was used as a Prisoner of War camp, holding 155 captured German naval personnel until it surrendered in 1940 after the German invasion (this being the last Norwegian armed unit to surrender) and later became a prison for Norwegians convicted of treason and/or collaboration with the Germans.