The Austrian city of Salzburg is an impressive and irresistible mix of a bustling environment with typical city amenities like shops, restaurants, and bars, though catch a glimpse between the winding narrow streets, and you will see gorgeous mountains peeking through, and you are subtly reminded of your presence in the unbeatable alpine landscape.

Salzburg, with its growing artistic and cultural scene, it’s maintaining of Austrian traditions, as well as its association with musical traditions, makes for the perfect destination to visit for those who prefer a more laid-back and slow-paced city, over the typical hustle and bustle of larger metropolises, like Vienna.

But, Salzburg has more to offer than its gorgeous city center; venture slightly further out to uncover the multitude of fantastic historic castles that demonstrate centuries worth of heritage. This list will highlight the best castles near to Salzburg, their key points of interest, as well as practical information, such as their location, and opening and closing times.

The best 6 castles to visit near Salzburg 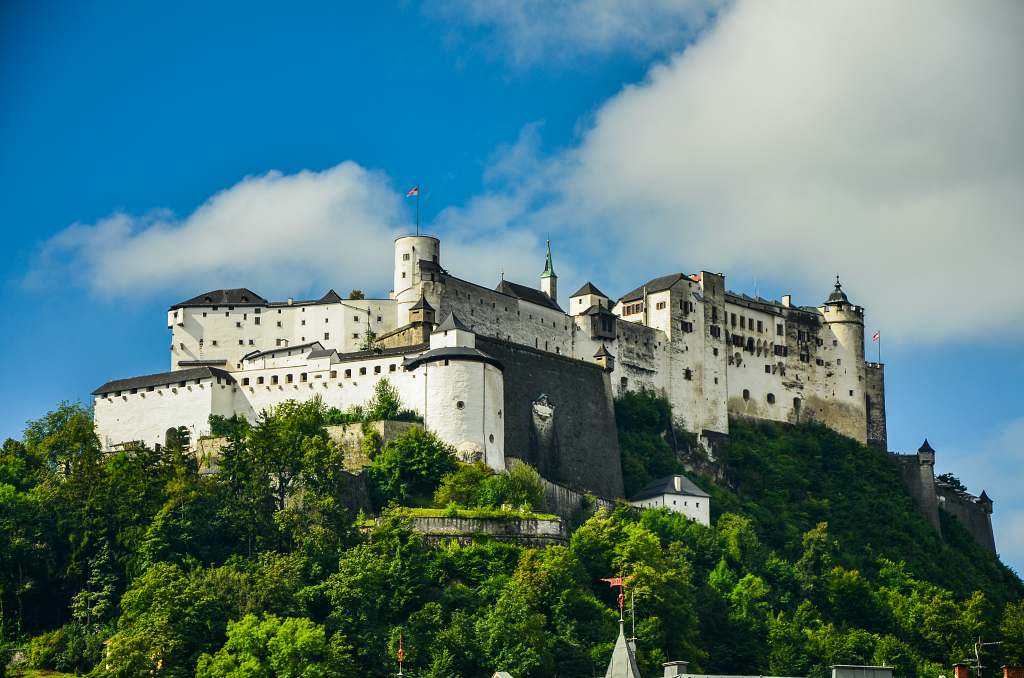 Festung Hohensalzburg – Festung Hohensalzburg, or Hohensalzburg Fortress, is an impressive hilltop castle that stands proudly above the beautiful Austrian city of Salzburg. Construction of this castle began in around the ear 1077 upon the decree of Archbishop Gebhard von Helfenstein; this was a very simplistic design, consisting of a wooden bailey structure.

Later, the castle was expanded and modernized in the following centuries, and additions were gradually added, such as in 1462, when the ring walls and towers were implemented. Today, the castle is one of the largest medieval castles in the entirety of Europe and is a very popular tourist site in Salzburg. 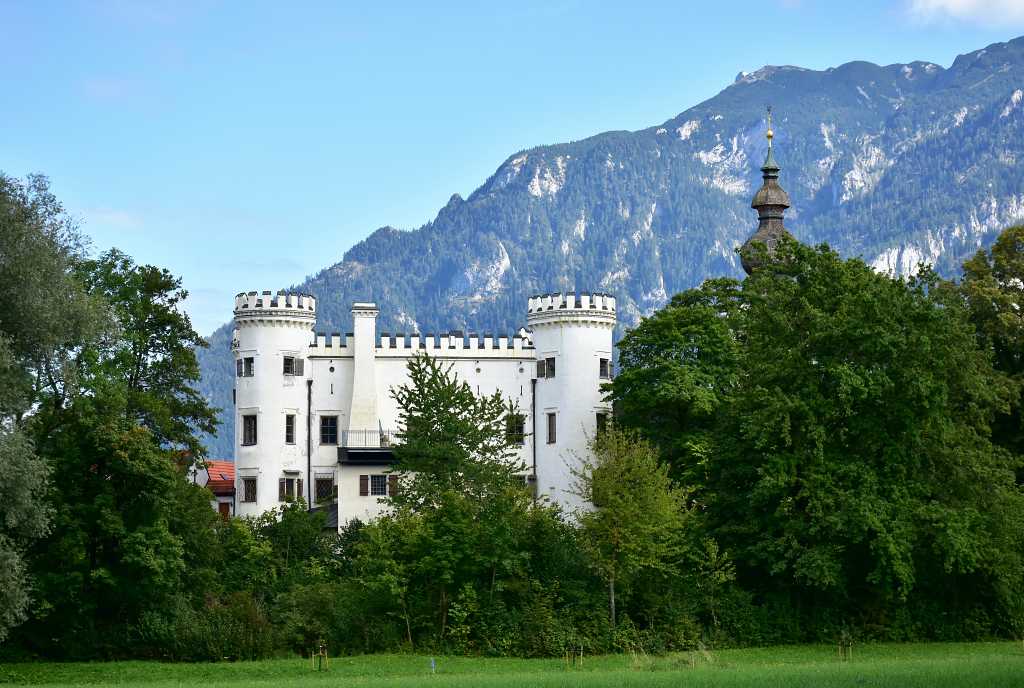 Schloss Marzoll, or Marzoll Castle, is a fantastic castle in the Bavaria region of Germany, which is very near to the beautiful Salzburg. Interestingly, Schloss Marzoll was one of the first structures to have been constructed in the contemporary Renaissance architectural style in the whole of Bavaria, and many of these grand features are still in existence today.

One of the most charming aspects of Schloss Marzoll is its fantastic structure, which consists of four corner towers that connect an overall square structure; the castle was originally constructed between the years 1527 and 1536. Today, the castle is open to the public, but only through guided tours.

Open for visit: The castle is only accessible through guided tours. 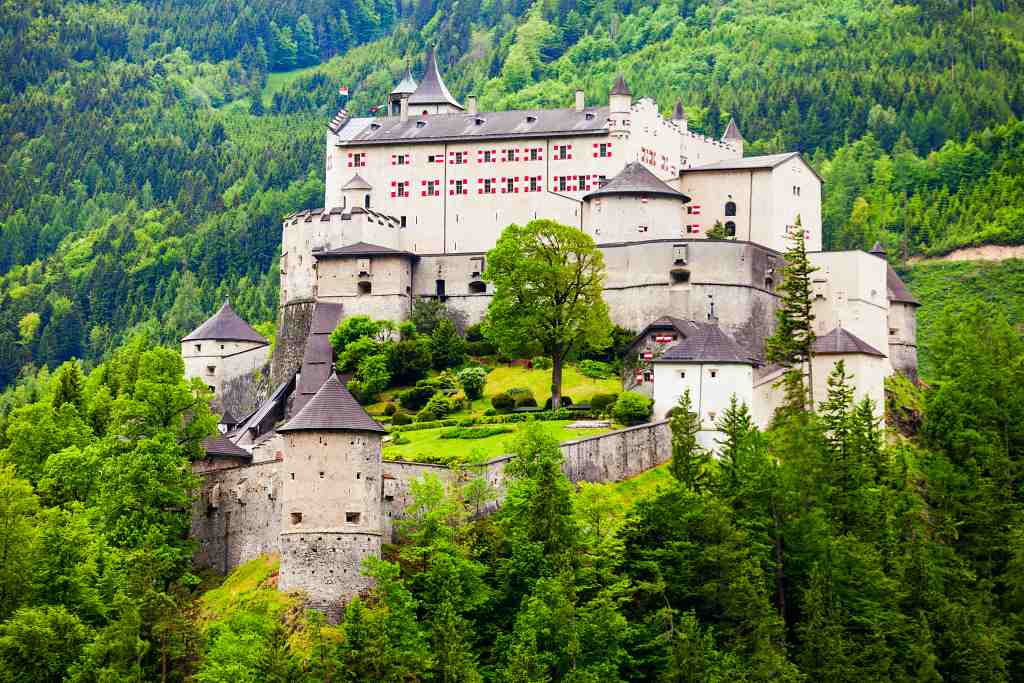 Perched upon an enormous 623-meter precipice that towers above the beautiful Austrian market town of Werfen lie the gorgeous and historical Hohenwerfen Castle. This castle is incredibly picturesque and scenic, as it is enveloped by the luscious green Berchtesgaden Alps, and offers incredible views of the Tennen Mountains.

The castle’s origins date back to the 11th century, upon the decree of Archbishop Gebhard of Salzburg; it was used as both a military base as well as a residence for the monarchy and archbishops, as well as a hunting retreat.

Over the centuries, the castle has changed shape on several occasions, depending on the needs of the time; the castle has seen many battles and wars over the years, and there is a museum on the site today explaining everything. 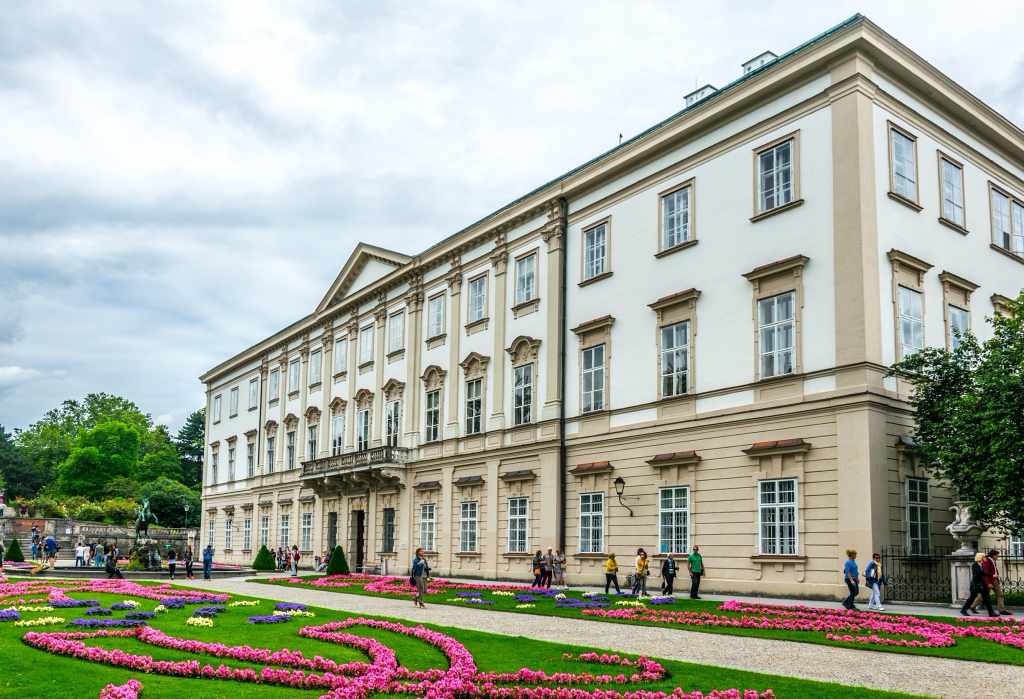 Situated in the city of Salzburg and a listed cultural heritage monument is the gorgeous and grand Mirabell Palace; this UNESCO World Heritage Site dates back to the year 1606, where it was originally constructed upon the shore of the Salzach river; like many palaces, Mirabell was constructed for the nobility, and in this case, it was Prince-Archbishop Wolf Dietrich Raitenau.

After the death of Raitenau, the palace was rebuilt into a grand and contemporary Baroque style, between the years 1721 and 1727; throughout the 18th century, the castle was a grand residence for royalty. Today, the palace is open to the public, who enjoy its impressive interiors, such as the Marble Hall, and its impressive and vast gardens. 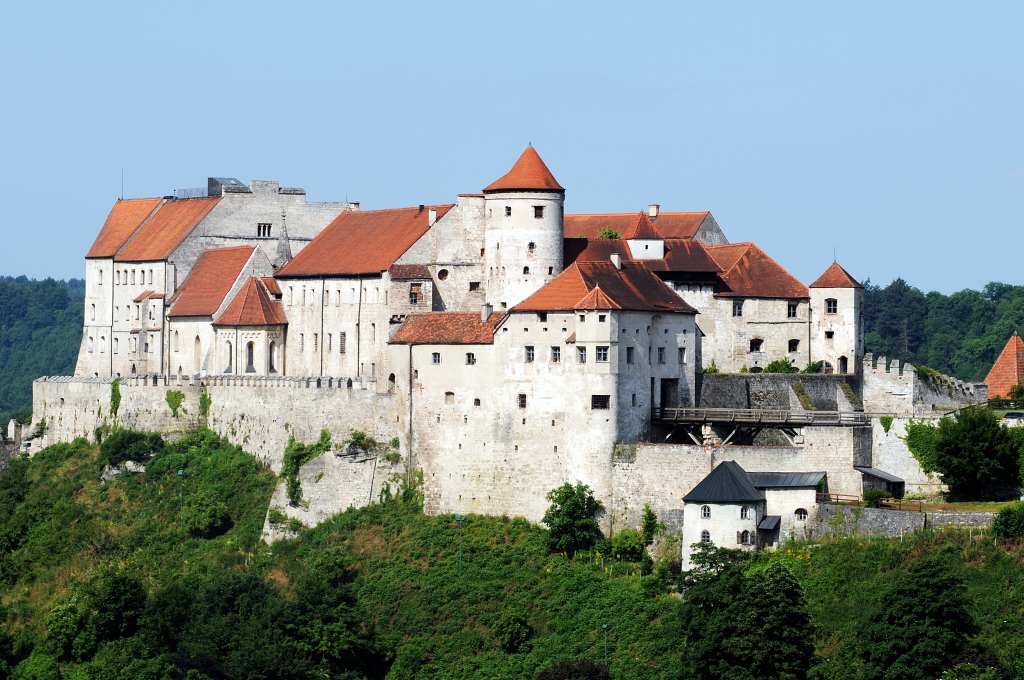 Burghausen Castle is an impressive hilltop castle that is situated in Burghausen in Upper Bavaria, in Germany; it is famed for being the longest castle complex in the entire world, at an impressive 1051m, which has been confirmed by the Guinness World Record Company.

The castle has a truly vast history, dating way back to before the existing castle came into being; the first settlers date back to the Bronze Age, though the first fortress was constructed in the 11th century.

Over the centuries, the castle changed hands between several royal members and noble individuals, and it also had an incredibly important military role. Today, the castle is mainly built in the Gothic style, and it is open to the public to visit and explore; it is a great day trip from Salzburg.

Schloss Huttenstein, or Huttenstein Castle, is located in the Austrian Alps just a stone’s throw away from the city of Salzburg and feels like a completely different world from the hustle and bustle of the city. It is surrounded by luscious green scenery and mountainous landscape, as well as offering breath-taking views of the nearby lakes.

Little is known about the history of the beautiful Schloss Huttenstein, but it is nonetheless a popular tourist site, and many guided tours stop off here to marvel in its beauty and splendor.